3 Secrets to Growing an Einstein Brain

3 Secrets to Growing an Einstein Brain

Relativity and quantum physics weren't the only things on Albert Einstein's mind—he also had a few tricks up his sleeve for making sure his brain was both working at peak efficiency and harnessing as much of its power as possible.

There are three parts to the brain—the stem, the limbic system, and the frontal cortex—and according to Dr. Rudolph E. Tanzi of Massachusetts General Hospital in Boston and co-author with Deepak Chopra of the book Super Brain, we get the most out of our brains when all parts in the system are working together.

Here are three exercises that when practiced regularly, can help you get the most out of your brain:

Become a possibility processor. Einstein's genius was in part due to keeping his frontal cortex (the logic center) in its place. Letting your imagination run free—allowing nonsensical, even outlandish, ideas to form without criticism or fear—can cause new neural connections to form, helping develop highly creative and refreshing ideas. The trick is not to judge these ideas too quickly; there's plenty of time to let logic sort them out later.

Look for loops. Our limbic system automatically looks for patterns and creates associations or "loops" as memory and response shortcuts. When you react to things in a way you can't quite explain, you might be stuck in a loop. Examining the source of your feelings and how your responses may have been shaped can go a long way toward rewiring unhealthy or unwanted reactions, patterns, behaviors, and more.

Reactivate all brain centers with a "S-T-O-P." Just remember the acronym STOP—STOP what you're doing; take THREE deep breaths and feel them through your whole body; OBSERVE how you feel (this activates the limbic circuit and frontal cortex); within a few seconds you can then PROCEED with full awareness of yourself and those around you.

You may not develop a new theory of relativity, but with a little practice, you'll be well on your way to discovering new mental power!
Posted by Unknown at 10:36 PM No comments:

Monthly Market Guide: Get your Updates 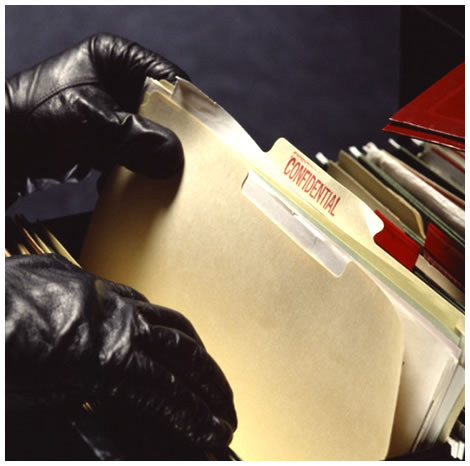 The Federal Trade Commission (FTC) estimates that as many as 9 million Americans have their identities stolen each year. This means that an identity is stolen every 3 seconds, costing the average victim nearly $4,000 and nearly 175 hours to straighten out their problems and their credit. How can you protect yourself from the dangers of identity theft? Here are some suggestions.

Conduct a Credit Check-up – Visit www.annualcreditreport.com to obtain a free credit report every 12 months. Review all three of your credit reports and look for any suspicious activity, unusual or inaccurate names or addresses, or any inquiries that were done without your knowledge. In many states, you may place a 90-day "Fraud Alert" on your credit report, which further restricts access to your credit information. Simply call one of the three main credit bureaus to activate the alert. Here are the toll-free numbers: Equifax 1-800-525-6285; Experian® 1-888-397-3742; or TransUnion® 1-800-680-7289.

Don't Give It Up – Avoid falling prey to phishing scams, both over the phone and through email. In a phishing scam, identity thieves pretend to be someone from your bank or a credit institution and simply ask you for your personal information. If someone contacts you and requests any personal information, don't give it to them. Verify who is requesting the data and why, and then call the institution yourself. One extra phone call could save you a lot of trouble and money.
Stay off the Pharm – While phishing enables thieves to pilfer information from you, pharming is another kind of scam that consists of hijacking your computer and stealing your personal information. A pharming site is designed to look just like the website you're trying to visit. However, enter your information on this fake site and not only can it track your moves within it, it may also direct your computer to give up other personal information at a later time. Be sure you are visiting the correct site, that the address in the navigation bar is correct before entering any information.

Return to Sender – Some scammers simply fill out a change of address form and divert your mail to another location. Others simply steal the mail they want right from your mailbox. The key to avoiding this scam is to know your statement delivery dates and pay close attention to any unusual delays in delivery. A lot of identity thieves do things the old-fashioned way: They rummage through your trash to collect your information that way. Be sure to shred any junk mail or other documents that may contain your personal information before you throw it away.

Opt-out of Special Offers – Visit www.optoutprescreen.com to cut down on the pre-approved offers from credit card and insurance companies. It's also good idea to have your clients opt out as well, especially if they're thinking about buying a home. When people apply for a mortgage, they often become "trigger leads" to the credit bureau, who sell your clients' information to any number of companies. It only takes a few minutes to opt out, but it could spare your clients a ton of junk mail and could possibly save them from identity theft.
Posted by Unknown at 7:12 AM No comments:

The Federal Reserve and Mortgage Rates

Posted by Unknown at 7:38 PM No comments:

Posted by Unknown at 8:03 AM No comments:

Write-offs to Remember
Deductions in the Loan Process 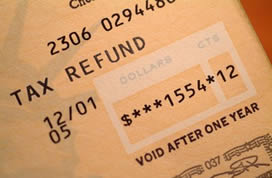 Make sure your clients take advantage of every break the IRS will give. Here are a few they tend to forget:

Pro-rated real estate taxes:
Even if the seller sent the tax collector the check, chances are the buyer paid a pro-rated portion of the taxes for the year at closing. Be sure they know to deduct their fair share.

It pays to pay attention – all these write-offs can add up to some serious savings when tax time comes around.
Posted by Unknown at 7:49 AM No comments: